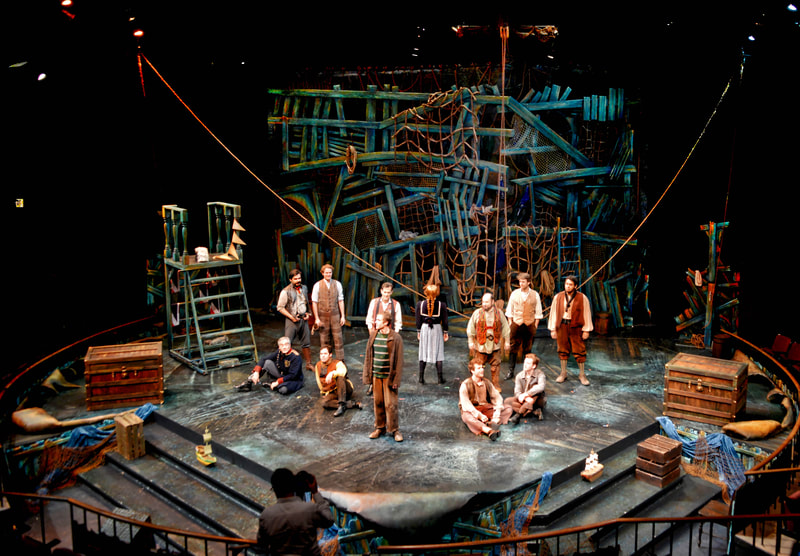 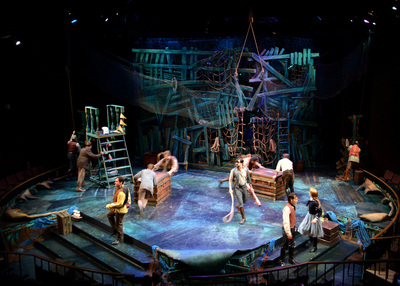 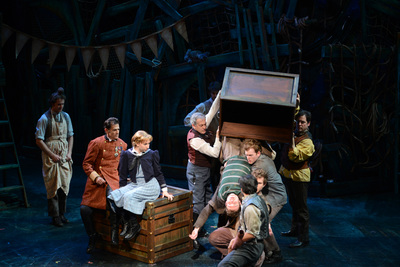 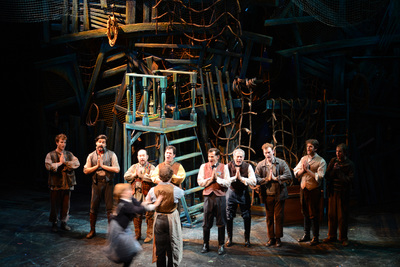 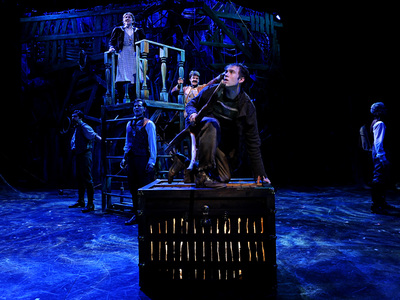 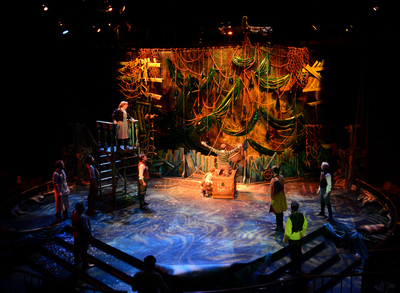 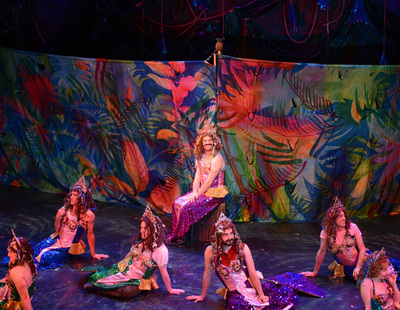 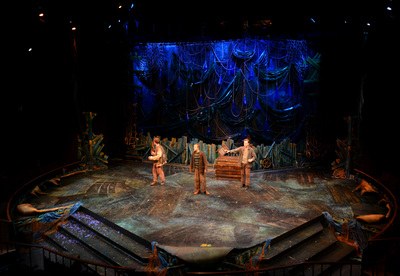 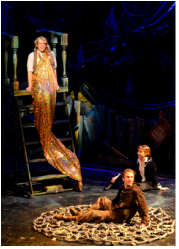 Scenery Design by Heidi Hoffer, Galen Schloming as Teacher, Cody Wittlinger as Boy, Jillian Osborne as Molly.
The design for Peter and the Starcatcher is a found object of sea, ship, and jungle elements wherein the actors play out the story of things pre- Peter Pan. Inspired by Edwardian toys, 17th and 18th century maps, and a love of pirate lore in general, I designed the set to become a limitless place: a harbor, several ships,  a ship's hold, a tempest, an island, a magic grotto, and a native sanctuary. The director and actors used the setting to carry their work into the imaginations of our audiences. Not to mention that a full 1/3 or more of the stage was devoted to the auditory clues of the musicians and Foley artist!﻿﻿
​
Peter and the Starcatcher was produced by PCPA Theaterfest in Santa Maria and Solvang, California.